Built as private residence John N. Bagley - son of Governor John J. Bagley who made is fortune in the Tabaco industry and later became Governor of Michigan

Bagley also served on the Detroit Common Council from 1860 to 1861, and was a member of the Detroit Board of Police Commissioners from 1865 to 1872. Bagley helped to organize the Michigan Mutual Life Insurance Company and served as its president from 1867–1872. During that time, he was also chairman of the Michigan Republican Party from 1868–1870.

Bagley served as Governor of Michigan between 1873 and 1877. He encouraged the establishment of a state commission to regulate railroads, dealt with the matter of juvenile delinquency, and led the effort to establish the state Board of Health and the state Fish Commission. Bagley, a Unitarian, was an enthusiastic supporter of prohibition and passed the liquor-tax law.

Placed on the National Register of Historic Building in 1985 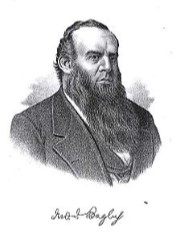 The French Renaissance Revival style house has some similar application of materials of H. H. Richardsonian Romanesque. It has a massive gable roof and a tower with conical roof. The entrance is set into a round arch and the roof dormer features a bay window. The façade contains multiple surface and window treatment, including sculptural elements by Julius Melchers around the entrance.

Melchers was a German born American sculptor and teacher immigrated to the United States from Prussia and resided in DETROIT starting in 1855.

The façade, multiple surface and window treatment, of the BAGLEY MANSION have sculptural elements by Julius Melchers.

The Julius T. Melchers House (1897) by Donaldson and Meier is located at 723 Seyburn, in the Indian Village Historic District on which Julius carved the ornate gable.

The sculptor had an art studio in Detroit, with one of his students being the famous architect Albert Khan, whom he taught how to draw!

He also served as Vice President of Stroh Brewing Company, after his daughter married into the Stroh family. 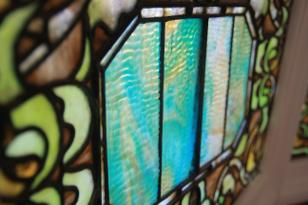 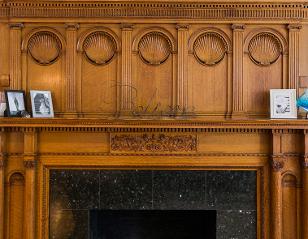 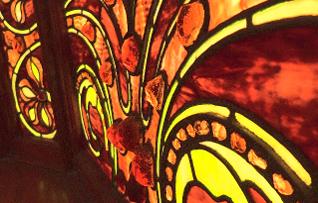